How Much Rain Did You Get?

The biggest drawback to being a farmer is the constant worry about the weather, but on the other hand everything we might choose to do in life has worry associated with it. Worry is not something we can easily escape, nor should we try to do away with all of it because it does tend to keep us organized. Nothing matches the year to year and day to day concern of our moisture supply and the temperature as it relates to agriculture. “What if it doesn’t rain?” “Will we get an adequate stand of corn or beans or wheat?” “Okay it rained but now it’s too cold and the seed won’t germinate.” “If it doesn’t rain in the next week we’ll lose everything!” You’ve heard them all haven’t you?
I bring this all up because of something I’ve noticed my entire life. Rural communities are and must be consumed with the weather. It means everything to a farmer and the main street businesses. As an example we had 2 inches of rain yesterday. I had to go to a meeting in town right after the rain and the first discussion topic I had with everyone I came into contact with involved the weather. “Did you get a nice rain?” I think if you lived in the middle of the city you wouldn’t understand the use of the word ‘nice’ when describing rain but it’s pretty simple. We didn’t need much rain right now and what did fall is pooled and likely hurting the young plants by cutting off their oxygen supply. Mostly the plants will survive and it is the middle of June and we could be short of moisture by now so “Yeah we had a nice rain but we won’t need any more for a while.” “Any wind with the rain?” “Did the rain come too fast?”
Rainfall has been used for bragging rights in farm communities for years. When I was young we had an old neighbor named Fred who always got more rain than everyone else when it was dry, and if it had been too wet then he would report less than everyone else. The neighbors would say things like, “Oh I got a Fred half inch” meaning they got a little over a quarter of an inch of rain. On the other hand Fred probably had the right idea of seeing things as he wished them to be.
The weather influences even our children. My two sons live in Lincoln Nebraska and both have rain gauges at their homes and at their body shop. Rainfall is important to them if for no other reason than they grew up aware of the fact that as the weather goes, so goes the family. Their friends from the city don’t have gauges and so probably tend to look at the boys a little funny when they’re able to report the amount of rainfall from last night’s shower. I did mention their body shop so suffice it to say that weather is still important to them in other ways, especially ice and hail storms.
At golf league last night I couldn’t help but notice that it was as though all of us were trying to get enough information to write a book and the one with the best details would be declared the winner. Here’s what I learned by listening. If you lived just south of town you had 2 inches of rain but you already had too much and the gumbo (gumbo isn’t a technical term) soils have begun to hold water on top of the ground, so it wasn’t a nice rain. If you lived further up the Missouri River bottom where it’s been a little dryer, you had 1.75 inches of rain but it was a ‘nice’ rain because it was needed. If you lived south of town and west toward Craig Nebraska then you didn’t need any rain at all because their last ‘nice’ rain came in the form of hail and they all need to replant something at this late date. Now if we give everyone involved a week of hot, dry winds; then we’ll be nearing July 4th and we’ll all be able to use a ‘nice’ two inch rain.
We’re all pretty fickle when it comes to the weather. A perfect scenario for the weather in my mind is different from yours and so the old adage that “He wouldn’t be happy if they hung him with a new rope” really does apply here. Some need rain right now for their corn, but not until tomorrow night after the second cutting of hay is in the shed.
This is also the time of year that area farmers with hail insurance begin praying for rain on certain farms and hail on others. I can tell them that it won’t work. I’ve tried it.
NEXT UP: The Great Nebraska Tractor Ride
Posted by Cliff at 8:05 AM 8 comments:

This Is Not Good

Farmers dread late June and July and August for one reason. It can quit raining and never start again until fall. That leaves us pretty vulnerable to the hot-hot lazy days of summer when the corn and soybeans are trying to mature. The worst summers are those when we are very short of rain going into June.
Not the case this year. We were almost too wet and cold to plant in April and May but we did get most of the crops planted. Not all of them. I still have about 50 acres of unplanted ground due to water.
To top all of this off, last week we had 2.0 inches of rain at a time when we were waiting for it to get dry enough to finish planting. Exactly 2 inches.
Last Monday night June 7th we had exactly 2 inches again.
Last Wednesday night the 9th we had exactly 1 inch.
Last night the 11th we had another 1 inch exactly.
First, isn't it curious that every rain is on the inch mark exactly?
Second, this is one July we will go into, not being short of moisture.
I have plants, many of them, who are currently holding their breath until the water gets away from their roots. The forecast is for more rain. glub-glub
Suday June 13th: I just dumped exactly 1 more inch.
Monday June 14th: The cycle is broken. I only dumped .75 this morning.
Posted by Cliff at 6:38 AM 14 comments:

We recently attended a voice and piano recital here in town for our local Grandaughter. It was a really nice event held in the home of the instructor. We forgot our camera so trust me...it was good.
Then the next deal was in Lincoln where 2 more Grandaughters had their dance recital. They got all painted and purtified and did great. They are pretty good dancers. I think they got my talent for being light on their feet and of course I couldn't help but notice how cute they are and that they obviously got their good looks from me also.
Oh yeah, the last pic is of their Mom. I snapped it in a local eatery after the show. I suppose she could possibly have had something to do with their good looks too. 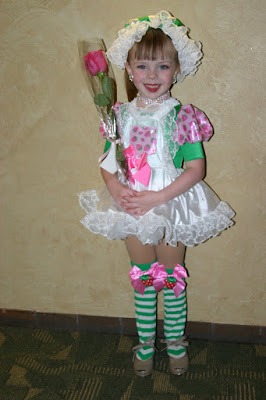 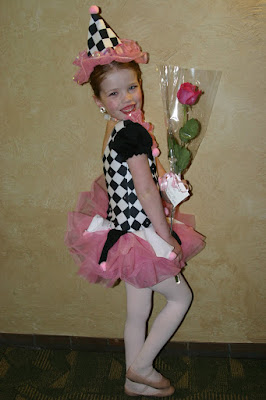 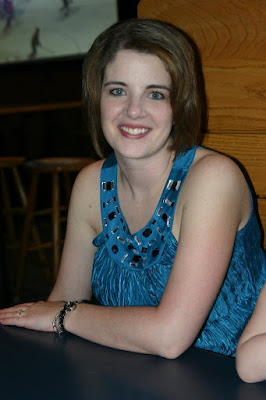