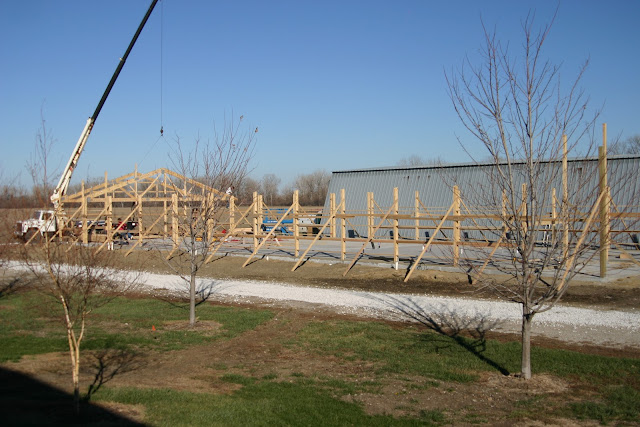 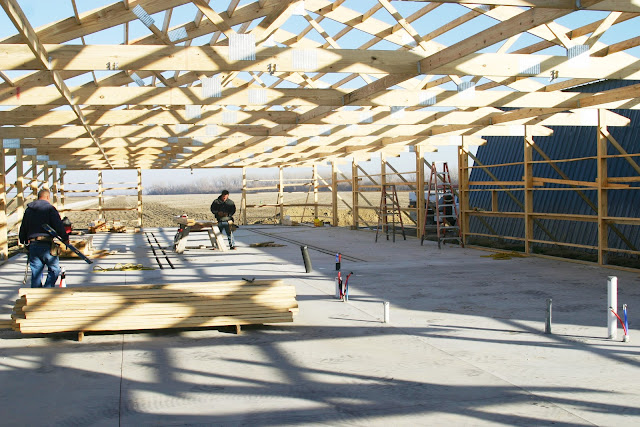 Most of you will soon be gathering to give thanks. Being thankful is one life’s greatest virtues and can have a fulfilling effect on people’s lives. They say the art of being thankful on a daily basis, can have long term health benefits, a great attitude not being the least of these.
For farmers Thanksgiving comes at a good time, that being near the end of what usually is a long and stressful growing season. The work is nearly done and it’s time to reflect on our treasures of family, friends, health and that which is going right for us in our lives. It’s certainly a time to contemplate and gain some valuable perspective, to bring the heart rate down a few beats if you will.
For me it’s hard not to dwell on past Thanksgivings here on the farm, without being drawn to my pet turkey back in about 1960.
My Mom purchased about 8 turkeys in the early spring for me to raise. We still had a brooder house at that time and so they began life under heat lamps and eventually made their way into the outdoor chicken yard as they gained age and size. Turkeys can have trouble surviving the elements.  It seems like the youngsters can go from healthy to dead in one day and so I eventually, one at time, lost 3 of them before they were old enough to leave the brooder house so 5 got to the skinny, gangly age and were being let out of their pen during the daylight hours. Then they began to disappear. It didn’t happen quickly, but every few weeks we’d let them all out and all but one would be back at night. Thinking back, we had enough varmints in the area that could account for the progression to a small flock that it shouldn’t have surprised us. Long story short, I had one left. It was a Tom. I named him, Tom. I was pretty creative even back then.
We made it so Tom had the run of the big empty chicken house.  He had an unlimited amount of feed and would often get access to several pounds of shelled corn at a time.  The result of the good life was that Tom got big. I mean really big. He would get turned out of his pen on occasion and was afraid of nothing.  He was ready for the oven months before Thanksgiving Day but that was the planned target date so we just kept feeding him. He would move around the farm slowly. He had all of the agility of a combine with a 12 row head.
If there were people out and about the farmstead, he would casually come for a visit in a slow, deliberate walk.  One day near the end of summer, my brother Ed was knelt down in front of the farm shop, welding on a piece of equipment. He flipped his welding mask up and standing right beside him was Tom. Tom had been watching him weld but wasn’t wearing a welding mask so Ed attempted to scare him off. Tom didn’t scare easily. It was at this time that my brother noticed a breast feather low on his massive breast that was hanging down out of place. It looked like it was about to fall out so he reached up and pulled it out. Pulling that was a mistake. The feather was attached to the turkey and the turkey it turns out, was very attached to that feather. After that feather plucking, Tom put Ed on the top of his enemies list.
We tried to keep the turkey locked up most of the time but if Ed got out of his pickup and began walking across the yard, the turkey would come on the dead run with the intent of doing great bodily injury to my brother. I looked out the window one afternoon to see my brother running to his pickup and jumping inside just before this giant bird came flying through the air and dive bombed his windshield. It was a scary display of turkey hatred. This behavior continued until Thanksgiving Day approached and we found someone who would dress the bird. We put him in a crate and of course Ed wanted to be the one to haul him to the butcher. Later, we got a call from the processor that started out saying, “Do you people have any idea how much this bird weighed?” “Forty Four pounds dressed,” as he answered himself. Mom had our giant bird split in half and he still had to be trimmed a bit to fit in our oven.
She was inclined to invite lots of company for both Thanksgiving and Christmas and Tom fed both groups.
Now, with Thanksgiving upon us, it’s impossible to be thankful without making full use of our capacity to remember. Stop and think, relax, and think about Thanksgivings past and of the blessings that do and are surely still to come your way. Even if those memories might include, the original Big Bird.
Happy Thanksgiving to all of my Blog buddies out there. I hope your day is filled with blessings. C
Posted by Cliff at 5:25 PM 7 comments:

I watched Harry Reid interviewed today. He seems to think that the President was re-elected with his electorate knowing and expecting that he was going to raise tax revenues by sucking even more money out of the private sector to fund and perpetuate his plan.
Evidence that his plan is working is that welfare is up 32% and food stamp use is up 77% over the last four years and has Eric Holder picking and choosing which laws to prosecute and which to totally ignore depending on how it effects undocumented voters, does anyone really believe that his electorate voted for him for his fiscal policies. AND he has successfully demonized the people who have willingly paid the taxes to fund this. They should be patted on the back instead of demonized.
The reason he was re-elected is: It's the free stuff  and his shameless disregard for the law.
It's time for some grown ups to take charge of the thinking in D.C. and stop the spending. Or at least make the recipients of the hand outs write a thank you note to an anonymous tax payer before they can get the money. And before you say it, I'd be for stopping the farm program all together. All of it. Even the biggest part. That would be the food stamp program. It's time for everyone to do their fair share. Let's see, where have I heard that before.
My answer to all of this is: Go back to 2008 spending levels on everything. Get rid of all new spending and departments and czars that went into effect after that and then each year cut every budget item by 10% until the debt is gone.
It can't happen because you can't buy votes if fiscal responsibility is your aim.
Posted by Cliff at 6:23 AM 8 comments:

Get In The Wagon

www.youtube.com/embed/rEM4NKXK-iA
This short video explains the problem we now find ourselves in. After the results of last night, I move we all park our money off shore and climb in the wagon and wait this out. We need to remove the supply of entitlement money and then watch them squirm.
On a related note, I couldn't have been more proud of the citizens of Nebraska.
I wonder how much it's going to cost to ship a carpet bag full of mud, along with the sling, all the way from Omaha to New York City?
Posted by Cliff at 8:39 PM 6 comments: