The Eye's Have It 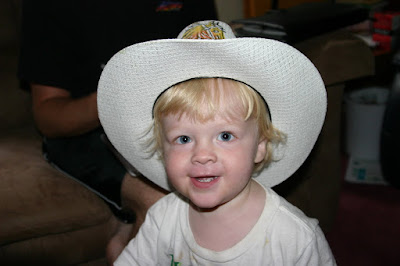 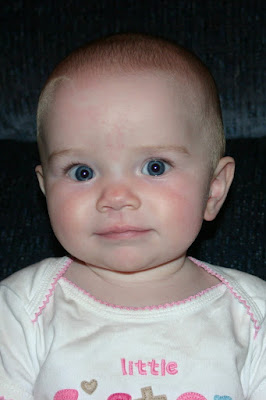 I found this one trying to hide out in a 'Doll' collection.
If you tip her back, her eyes go closed.
Georgia 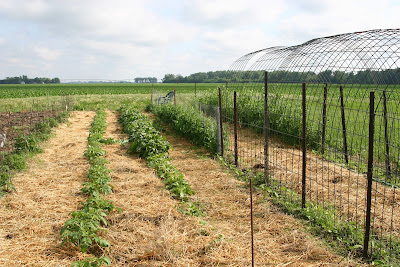 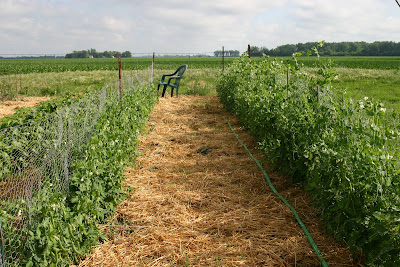 Sugar snap peas on left, the regular peas on right are well over 4' tall closing in on 5. There are summer and winter squash planted in the 'tween'. 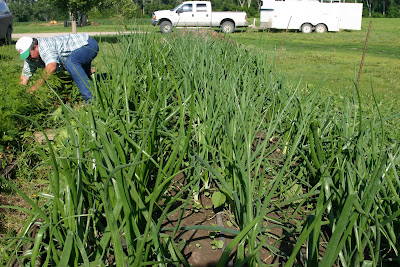 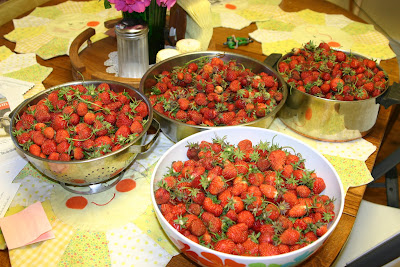 One picking of strawberries. They seemed to ripen right behind where she was picking,,,so she claims. Yes folks I picked my share of these. I didn't work them in the kitchen however, because I'm TOO SLOW.

A Diary Entry and an Apology

I should apologize for the previous post. Some of the locals at golf league didn't like the last post because they became fearful that cancer had re-invaded my life...at least until they got to the punch line. And found out beets were the culprits. Some in my family didn't see the humor either, at the time. Sorry kids.
The other is the fact that I use this as a diary in case I should ever want to check back on any topic. For instance 'Rainfall' in a certain period. By filling in the little white box in the upper left corner for search this blog, with the word 'rainfall' I'll bring up every blog I ever wrote with the word rainfall in it. This post will be one of them. Up until recently we've been very dry. Then on
June 5th= 1.4" rain
June 7th=.4"
June 8th=1.2"
June 13th=1"
June 14th=1"
June 16th=.40"
June 19th=1.30"
June 20th to 24th while we were in Loveland CO.=2"
8.7 inches mtd for June. We have enough. I've also asked Marilyn to be more specific when she prays for rain.
Posted by Cliff at 8:33 PM 8 comments:

It's Happened Once Again!

We have been very dry in this area. Most everyone here had enough moisture to bring the crops up out of the ground but we've received very little rain since we finished planting. The corn is a little over knee high now. We had 1.40" of rain last night. We were indeed blessed.
If you have enough rain to get the crop started, I've never thought that a dry spell to start the growing season was a bad thing. It seems to develope the root systems. 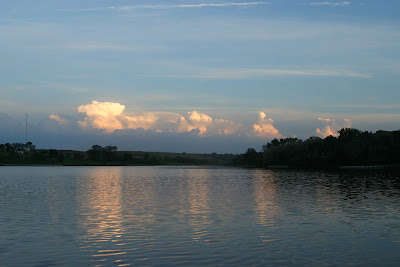 I've been trying to get a picture from the pontoon boat we purchased back in January. We've had it out three times and had the camera along all three times. First trip we were on the way back down the river and Marilyn asked me to look at that great last picture. I said, "Uh Marilyn, when it says 'No Flash Card' it means you don't have any pictures. On the second trip the cameras' battery was too low to work. And so these two pics were from the third trip. Marilyn snapped a photo of another storm slipping on past Burt County. And then my daughter captured two old folks sitting in a boat. Those must be our 'White Going Steady' shirts. We've been dating a looooong time. 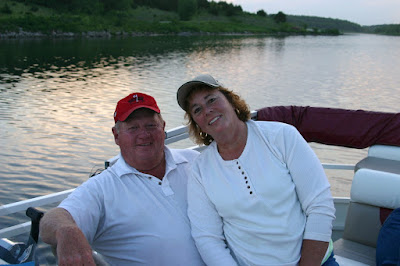 We're off to watch a Grandsons baseball game this afternoon and help at the local rodeo again tonight. Life is good.
Posted by Cliff at 7:07 AM 21 comments: